In celebration of We’re Going On A Bear Hunt’s 25th anniversary, our local libraries put on a whole host of events! One of these special events was a LiBEARy sleepover. We took our bear, Barnaby, to Thatto Heath library (follow the St Helens libraries twitter here) and it seemed like he had a great time! Barnaby was mummy’s bear and is as old as the book, so he had to take it a bit easier than some of the other bears! 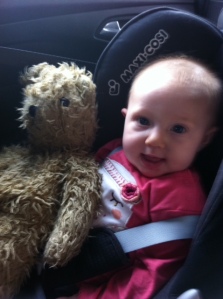 Beebop and Barnaby on their way to the sleepover!

When we arrived, Barnaby was given a little tag so he could remember who he belonged to (old age!) and we sat in the reading corner to listen to the story of We’re Going On A Bear Hunt and sang some rhymes. Afterwards, the older children went to do some Bear related activities and we left Barnaby to get up some mischief!

Below are some photographs of the night’s activities, kindly sent to me by the lovely people at St Helens libraries! 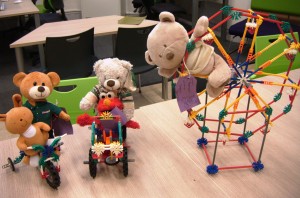 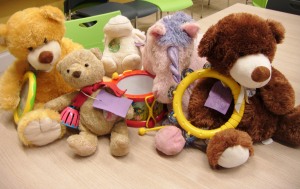 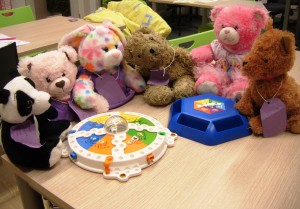 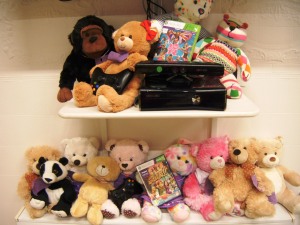 Doesn’t it look like they had fun?! We were really happy when the librarian told us that they weren’t expecting so many bears! We also were given a copy of the photographs, a postcard from Bookstart Bear and a colouring in sheet.

Thank you St Helens libraries for putting in so much effort, you could see it was really appreciated by the children!